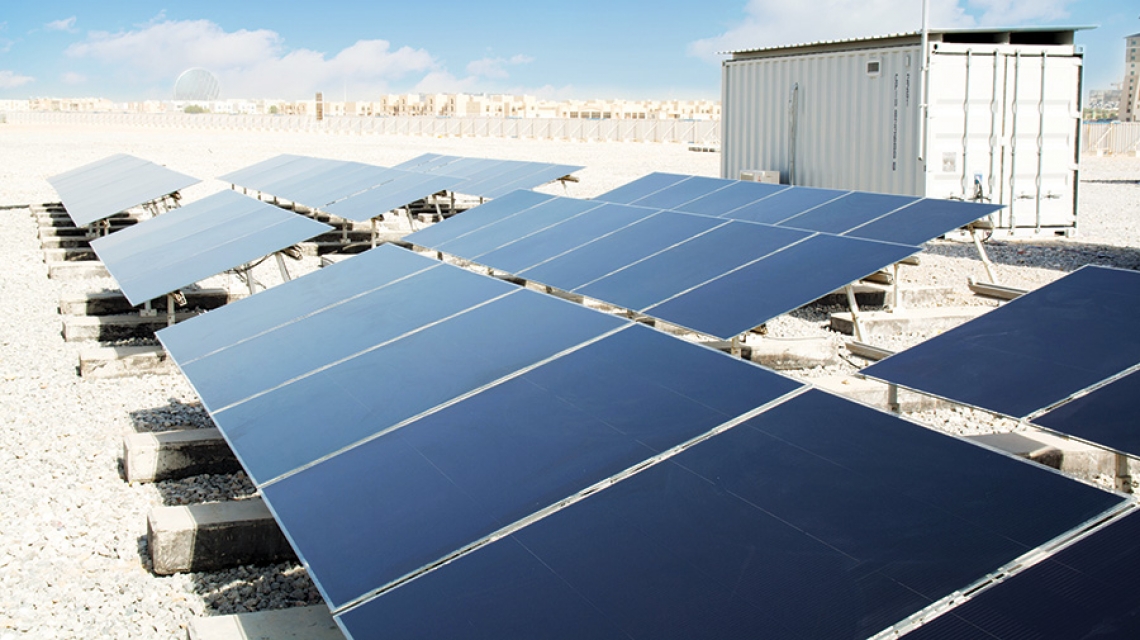 For example, the unsubsidized cost of electricity produced by utility-scale solar PV has fallen to just 4.9 to 6.1 US cents per kilowatt hour (kWh) in 2016 representing approximately an 85% decline since 2009. And this price decline is being echoed in the UAE, with Dubai’s Mohammed bin Rashid Al Maktoum Solar Park – the largest single-site project to generate electricity from solar energy in the world – planned to deliver electricity below a record-breaking 3 US cents per kWh when operations commence near the end of this decade.

Yet despite rapid price reductions in the cost of generating electricity from the sun and wind, there are still many challenges ahead of integrating very large amounts of variable renewable energy sources into the electrical grid. The intermittent nature of solar and wind energy cause operational challenges for grid operators, requiring the need for system balancing and energy storage technologies, the latter particularly important as the share of electricity from intermittent renewable energy sources approaches 15 to 20%.

One of today’s leading commercially proven storage technologies is thermal energy storage (TES). TES systems coupled with concentrating solar power (CSP) is a promising source of solar power for large-scale power generation that uses solar thermal energy to drive steam turbines for electricity production. Although CSP is more expensive today than solar PV, it is capable of producing constant power for extended periods of time, making it well suited for “on-demand” solar power and grid integration. The Masdar Institute Solar Platform (MISP), which was launched last year, facilitates the research and development (R&D) of cutting-edge, regionally-tailored CSP and TES technologies needed to make CSP with TES an increasingly cost-competitive option for solar power generation with long-duration dispatch, and make stand-alone TES a commercial solution for applications such as process heat and thermal desalination.

However, to achieve the UAE’s ambitious target of generating 24% of its energy mix from renewable sources by 2021, research and development of a range of potential energy storage solutions, including batteries, which can store the electrical energy generated by PV panels, is critically needed. This is particularly important in light of rapidly growing PV installations worldwide, with global PV capacity reaching nearly 300 Gigawatts (GW) by the end of 2016, and UAE-based utility-scale PV projects expected to reach 1.35 GW by 2020 based on current plans.

Directly storing electricity generated by PV can be accomplished using electrochemical energy storage systems, or batteries, which convert electricity into chemical energy for storage. This energy is then transformed back into electrical energy when needed. Batteries have made substantial progress in both technology and cost in the past several years with recent figures from the US Department of Energy showing that lithium-ion batteries, which is the dominant battery technology deployed today for large-scale energy storage, have declined in cost by about 60% between 2007 and 2014 and costs will continue to decline from both economies-of-scale in production and improved productivity from deployment. However, further work needs to be done to ensure the robustness of battery systems in all climates and also for batteries to provide long-duration discharge needed for many grid-scale storage applications.

Addressing the critical need for affordable, reliable and regionally-optimized battery technologies, Masdar Institute has partnered with Masdar and TÜV Rheinland to launch the Electrical Energy Storage Solutions Hub (EESSH), which expands on the innovative energy storage-focused R&D that is already being explored at Masdar Institute to provide a platform for local and global industry players to test and demonstrate a range of electrical energy storage technologies in the UAE.

The hub will enable real-time simulation of various micro-grid scenarios, enabling researchers and companies to optimize electric storage technologies – which include batteries, flywheels, and capacitors – and ensure their applicability to real-world scenarios. More specifically, at the current phase of development it will provide a test bed for electricity storage technologies that can store around 10 kWh of electricity.

Novel energy storage systems, which include batteries being tested at the EESSH and TES systems being developed at the MISP, can provide the UAE with valuable contributions to the rapidly growing global energy storage market, which is now worth more than US$100 billion per year.

While Masdar Institute’s leading-edge energy storage research is helping to establish regionally and robust energy storage systems, the innovative storage technologies needed to make reliable renewable energy-powered electric grids a reality will not be achieved in isolation. Rather, it will depend upon the collaboration of professionals and energy experts – collaborations that are catalyzed at events like Abu Dhabi Sustainability Week (ADSW). For the past seven years, ADSW has spotlighted the growing renewable energy market, showcasing PV and CSP energy generation and storage systems and bringing together global representatives from academia, industry and government, to facilitate the development of next-generation energy technologies and systems needed to achieve sustainable development around the world.

I look forward with great excitement to the inspiring discussions and collaborations that will result from ADSW, which will contribute towards making energy storage, and in turn, on-demand solar and wind energy, an economically viable option for consumers and businesses across the world.

Dr. Steve Griffiths is Vice President of Research at Masdar Institute of Science and Technology.
27 December 2016
This op-ed was first published in Gulf News on 26 December 2016.

Coral reef discovered off shores of Dalma Island - The National