Developing the Next-Generation of Power Lines 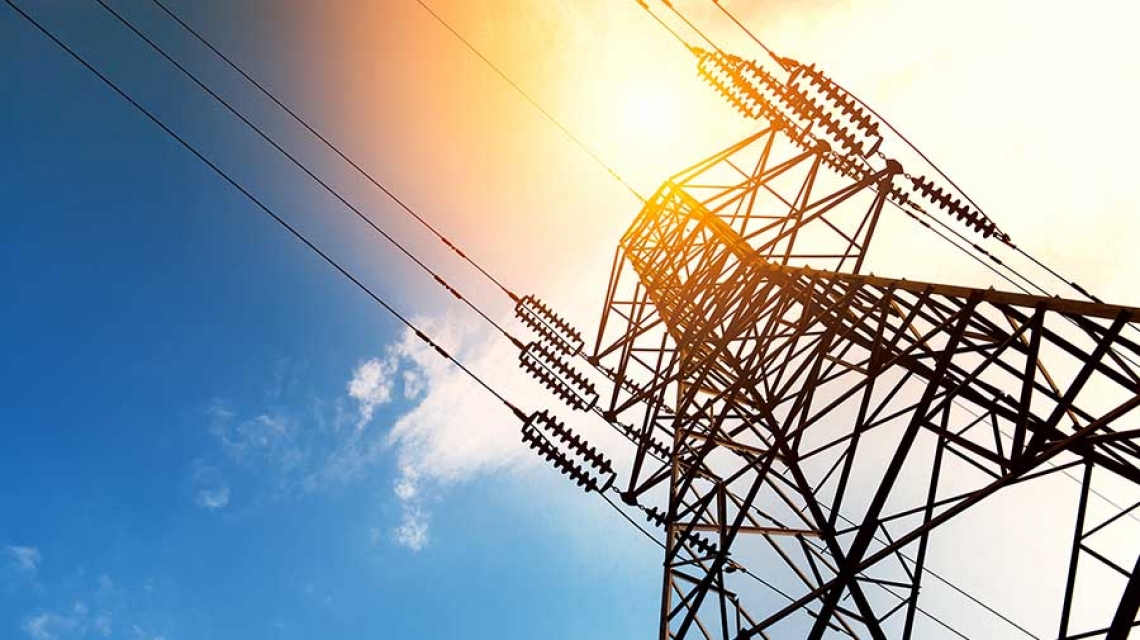 A Masdar Institute Assistant Professor may have brought engineers one step closer to developing the type of next-generation power lines needed to achieve sustainable and resilient electrical power grids.

The coating is made from carbon nanostructures (CNS) – which are bundles of aligned carbon nanotubes that have exceptional mechanical and electrical properties – provided by the project’s sponsor, Lockheed Martin. The second component of the coating is an epoxy resin, which is the thick material used to protect things like appliances and electronics from damage.  Together, the CNS and epoxy resin help prevent power lines from overheating, increases their current carrying capacity (the amount of current that can flow through a transmission line), while also protecting them from damages associated with lightning strikes, ice and other environmental impacts.

The researchers found that by replacing traditional steel-core transmission lines with ACCC cables layered with a CNS-epoxy coating (referred to in the study as ACCC-CNS lines), the amount of aluminum used in an ACCC cable can be reduced by 25%, making the cable significantly lighter and cheaper to produce. The span length of a transmission line can also increase by 30%, which will make it easier to transmit electricity across longer distances while the amount of current the line can carry can increase by 40%.

“The coating helps to dissipate the heat generated in the conductor more efficiently through radiation and convection, thereby preventing the cable from overheating and enabling it to carry more current farther distances,” Dr. Kumar explained.

Ultimately, the purpose of the coating is to effectively eliminate the transmission line losses. Each year, anywhere from 5% to over 10% of the overall power generated in a power plant is lost in transmission and distribution lines. Most of this electrical energy is lost in the form of heat; as current runs through a conductor (the transmission line), the conductor heats up because it resists the flow of electrons to some extent – a phenomenon known as resistive Joule heating. Resistive Joule heating causes the energy that was moving the electrons forward to change into heat energy, which means some of the generated power gets converted into heat and lost to the surrounding environment instead of getting to its intended destination (like our homes and offices).

In addition to wasting energy, resistive Joule heating can lead to overheating, which can trigger a transmission line to “sag”, or physically droop low to the ground. Sagging power lines in turn can have catastrophic effects, including short circuits and power outages.

Efforts to reduce the problem of resistive heating and energy loss in power lines have led to significant improvements in transmission line technologies. For example, in 2002 ACCC transmission cables – which feature a carbon and glass-fiber reinforced composite core wrapped in aluminum conductor wires – were invented. The ACCC conductors are lighter and more heat-resistant than traditional steel-core cables, which means they can carry more current without overheating or sagging. Today, it is estimated that over 200 power and distribution networks use ACCC transmission cables.

While the advent of composite core cables marks the first major turning point in the development of energy-efficient transmission lines, Dr. Kumar’s CNS-epoxy coating may be the second significant advancement in the evolution of sustainable power lines.

The CNS-epoxy coating works by keeping the cable’s operating temperatures low. It does this by dissipating, any generated heat away from the conductor efficiently, thereby preventing further increase in temperature of the line and avoiding the trickle-effect that often leads to overheating.

The coating is layered twice in the ACCC cable – an outer layer, which dissipates the heat and protects the cable from environmental factors like lightning strikes and foreign object impact; and an inner layer, which protects the composite core from damage caused by stray radio frequency radiation generated by the electromagnetic pulse emanating from high electric current carrying aluminum conductor

The research team utilized a multi-physics modeling framework to analyze how the CNS-epoxy coating would influence the performance of ACCC transmission line. After fabricating the coating, they characterized it, which is a critical step to determine its mechanical, thermal and electrical properties. These properties were then used in the computational and theoretical models to evaluate and predict the coating’s performance. Finally, a design tool was developed and used to find the optimal combination of parameters (core diameter, span distance and sag) needed to reduce the cable’s weight, sag, and operating temperature while increasing its span distance and current carrying capacity.

Dr. Kumar’s innovative transmission line technology research comes at a pivotal time, when countries all over the world, including the UAE, are seeking ways to reduce their carbon footprint in a concerted effort to mitigate global climate change. Turning to energy-efficient power lines that waste less power and in turn produce less carbon dioxide emissions will be an obvious choice for nations devoted to greater sustainability.