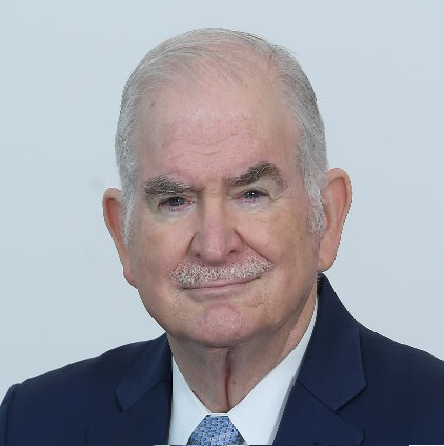 Dr. John A. Rock, MD is the Founding Dean of Khalifa University College of Medicine & Health Sciences. Prior to his appointment as Founding Dean in 2018, he served as Founding Dean at Florida International University in Miami, Florida, where his tenure began in 2006. He has held numerous academic and administrative appointments, including Director of the Division of Reproductive Endocrinology in the Department of Gynecology and Obstetrics at Johns Hopkins Medical Institutions, Chairman of the Department of Gynecology and Obstetrics at Emory University School of Medicine, and Chancellor and Professor of Obstetrics and Gynecology, Pediatrics and Public Health at Louisiana State University (LSU) Health Sciences Center. While at Johns Hopkins, Dr. Rock established an In Vitro Fertilization Program.

At Emory University, Dr. Rock raised the Department of Obstetrics and Gynecology's National Institutes of Health ranking from 66th in the nation to 18th. At LSU, he established a School of Public Health, significantly increased the medical school’s research funding, provided disaster management leadership during Hurricane Katrina, and had management oversight of Louisiana’s statewide Charity Hospital System.

Dr. Rock’s research interests focus on the pathogenesis of endometriosis and the treatment of uterovaginal anomalies for reproductive health. He is a pioneer in innovative surgical procedures for space travel, having designed and tested the first surgical isolation chamber for surgery in conditions of weightlessness.

Dr. Rock has written 20 books, contributed to 78 others, and written more than 250 juried and non-juried articles. Dr. Rock earned his MD degree in 1972 at LSU, completed his residency at Duke University Medical Center in 1976, completed a Fellowship in Reproductive Endocrinology in 1978 at Johns Hopkins Medical Institutions and earned a Master in Health Care Management degree from Harvard University in 2003.