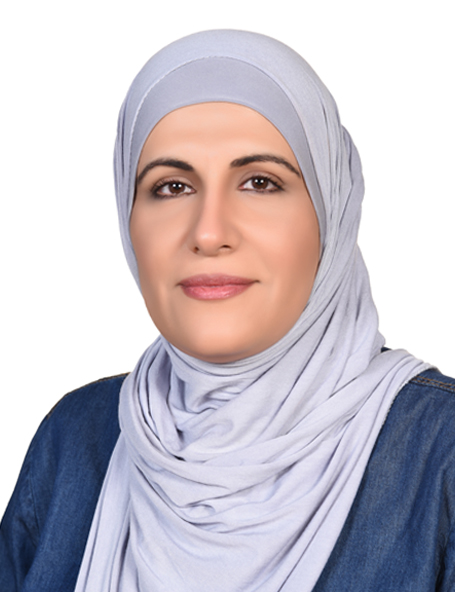 Dr. Eman Al Sarairah earned a full scholarship from AHU to pursue her higher studies after receiving her B.Sc. in Mathematics with first-class honours. She received her M.Sc. in Numerical Analysis and Computing and her Ph.D. in Applied Numerical Modeling of Partial Differential Equations from The University of Manchester, UK. Her thesis entitled ‘’Numerical modelling of premixed flames in a counterflow configuration” passed the viva with no corrections (A).

In 2007, Dr. Al Sarairah joined the Department of Mathematics at Al-Hussein Bin Talal University (AHU) as an Assistant Professor and was later promoted to Associate Professor in the same university where she is on sabbatical leave.

Dr. Al Sarairah is interested in numerical modeling of problems in combustion theory especially premixed flames in a counterflow configuration under the effect of heat loss and preferential diffusion, flame tubes and their stability, thermal sciences, fluid mechanics and heat transfer. She has published  papers in highly reputed international journals. She is also interested in finding mathematical mistakes in some famous mathematical software such as Matlab and Octave.