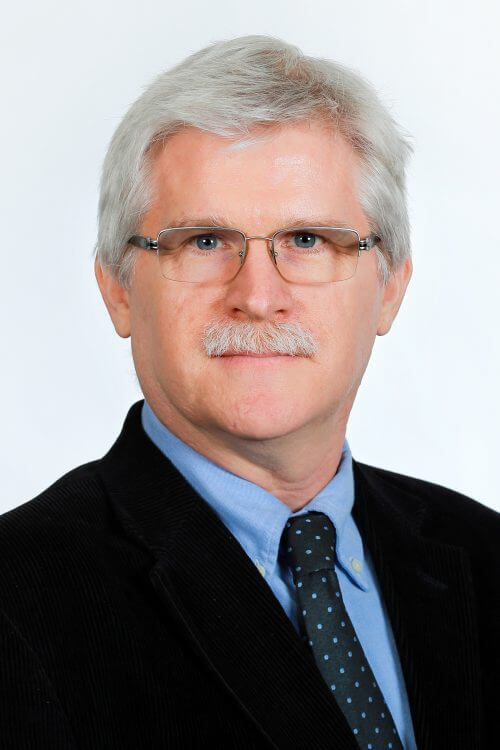 Dr. Curtis Bradley is currently an Associate Professor of Physics and serving as an Associate Dean of Undergraduate Studies in the College of Arts and Sciences. He is the current Chair of the college's undergraduate curriculum committee and he recently served one year as the Chair of University Curriculum Committee.  He is leading the university's effort to develop GENS 101 Grand Challenges, an exciting new course required for all entering freshman students.  Previously, after the 2017 merger of Khalifa University (KUSTAR) with the Petroleum Institute (PI), Dr. Curtis Bradley led his department’s efforts to start KU's Physics BSc and initiate development of a Medical Physics MSc degree. Then, from February to December 2019, he served as Acting Chairman of the KU Physics Department. During the last few years, he has taught the PHYS 103 Orientation to Physics, SCED 467 Introduction to Science Teaching, PHYS 121 University Physics I, and PHYS 122 University Physics II.  Over the last decade, he has been involved in numerous efforts related to university development, the use of technology for teaching and learning, and the fostering of interdisciplinary curriculum development and educational research.

He joined the PI in Fall 2005 after working at Texas Christian University (TCU) in Fort Worth, Texas, where he was an Assistant Professor of Physics from 1999. At TCU, he taught a wide range of physics courses, collaborated with colleagues in the TCU College of Education on teacher-training workshops and educational research projects, and supervised several MS and PhD students on atomic and laser physics projects. Prior to TCU, he was an NRC (National Research Council) Postdoctoral Research Associate at the National Institute of Standards and Technology (Gaithersburg, Maryland) from 1997 to 1999.

Starting from his initial choice of a BS degree in Science Education to now, Dr. Curtis has had a strong interest in the improvement of educational experiences for students. After completing his BS degree, he served two years in the US Peace Corps as a high-school teacher in Belize, Central America. Later, as a graduate student at Rice University, he frequently served as the de-facto advisor for new undergraduate and graduate students in his advisor’s research group, and often did substitute teaching on behalf of his research advisor. At TCU, he did original research on the impacts on student learning via science simulations rather than real, equipment-based experiments. At PI, his educational research started with an investigation related to student performance on the Force Concept Inventory (FCI) and the role of the survey’s language (Arabic or English). This was followed by several studies related to improving student learning through use of online homework services (Quest and WileyPLUS) and then to explore the impact of PI’s adoption of a Studio Physics approach. Most recently, he has been involved in research related to the professional development of faculty and the connections between students' language and problem-solving skills.