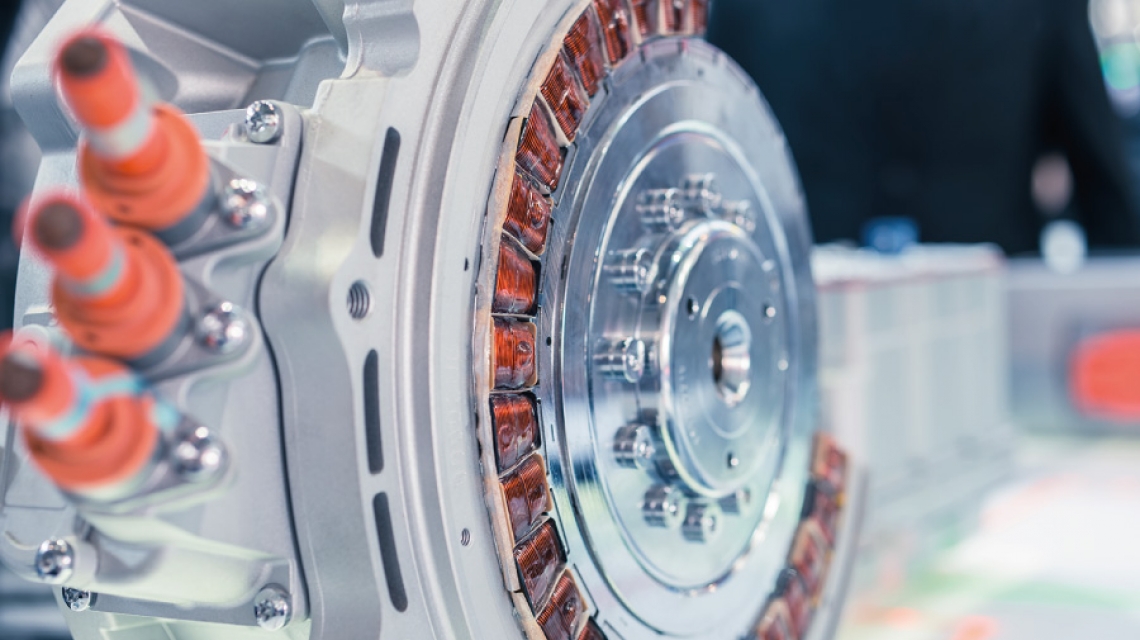 The high-tech magnets used in generators to produce electricity and motors to power computers, mobiles and virtually all household appliances are made of expensive rare-earth metals, which are manufactured almost exclusively in China. Recognizing the need to diversify the supply of high-tech magnets, scientists from the Masdar Institute are developing low-cost magnets that do not rely on rare-earth metals. The novel magnets have improved magnetic properties that can withstand higher temperatures, making them ideal for use in automotive, aerospace, military and energy industries.

Dr. Behjat AlYousuf, Interim Provost, Masdar Institute, said, “The novel magnetic materials that Masdar Institute researchers are discovering could support the development of next-generation clean energy technologies, including wind turbines, and have the potential to impact many other key economic industries that rely heavily on strong permanent magnets, including aerospace and defense.”

“Currently, each megawatt of power generated by a wind turbine requires up to one ton of rare-earth magnets. Our research aims to develop alternative, low-cost magnets that can reduce the cost of wind turbines,” said Dr. Mamoun Medraj, Professor, Materials Science and Engineering, Masdar Institute. Dr. Medraj and Post-Doctoral Researcher Dr. Ahmad Mostafa are leading this research.

Dr. Medraj believes the magnets they are developing will be significantly cheaper and have greater thermal stability than neodymium based magnets – which are the strongest rare-earth magnet used today – making them well-suited for demanding, high-temperature applications like the power and automotive industries. They also can provide the UAE with a potentially high-value product in the form of cheaper magnets.

“The problem with neodymium magnets is that they are only good up to 150° Celsius. After that, they demagnetize. While our magnets might not have the same amount of magnetic energy as neodymium magnets, it is more thermally stable and cheaper in price,” Dr. Medraj explained.

The two major types of rare-earth magnets – which are made by combining certain metal alloys with a rare-earth element – are neodymium-iron-boron and samarium-cobalt.  Despite their name, rare-earth elements are not actually “rare” geologically but rather from a supply perspective. Neodymium demand, for instance, is expected to increase by 700% over the next 25 years and future supply of this strategic element may not be sufficient to meet demand, signaling the need for alternative magnet resources.

“Rare-earth metals are used in many applications requiring strong permanent magnets, such as electronics, motors, wind turbines and many other high-tech applications,” explained Dr. Medraj. “While the entire world has become dependent on these high-tech magnets, over 95% of the global production of rare earth materials currently occurs in China. This creates a supply risk for many reasons.”

Determined to diversify the supply of high-tech magnets, Dr. Medraj began his pursuit of cheaper, high-tech magnets that do not rely on expensive rare-earth metals while at Concordia University in Canada, where he worked for 13 years. He brought his innovative research to Masdar Institute one year ago and has been rapidly discovering new magnetic materials since.

“We have successfully discovered new magnetic phases within different systems and are now in the process of characterizing their magnetic properties,” Dr. Medraj said.

The high throughput screening process developed by Dr. Medraj combines thermodynamic modeling and continuous diffusion – experiments in which two or more elements are continuously diffused, or combined, at varying amounts. The continuous spectrum formed, which represents the various element combinations, is analyzed and a magnetic force microscope is used to determine if any magnetic phases exist.

The newly discovered magnets, along with the innovative method used to develop them, could result in significantly cheaper and more efficient sustainable technologies needed to support the growth of UAE’s high-tech industries.

Value of Research and Collaboration in Smart Urban Future Highlighted