Building a better electrode with buckypaper 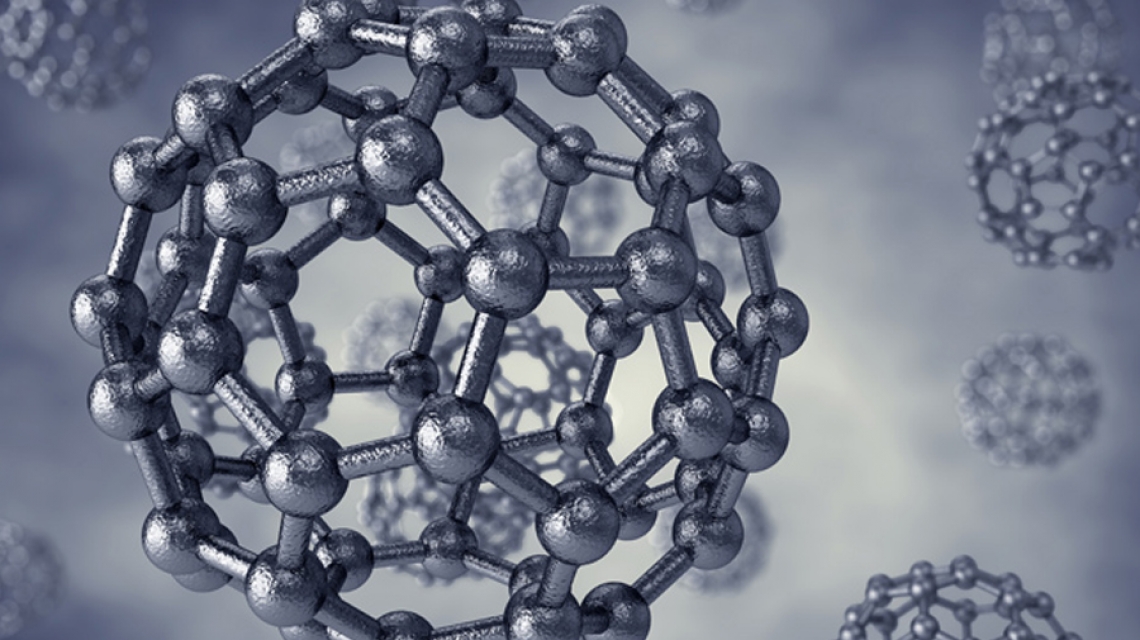 Unlocking the potential of Vanadium Redox Flow Batteries (VRFB) to meet the challenging demands of grid-level renewable energy storage requires ongoing innovation. That is why I am working with a team of faculty and researchers here at Masdar Institute to explore how best to leverage the unique properties of a promising advanced material as an electrode in a VRFB to help achieve the desired battery performance required for renewable energy storage and dispersal.

A VRFB is a rechargeable battery composed of two tanks of electrolyte fluids separated by a membrane. As the charged electrolytes flow through the battery, it transmits an electrical charge, which can be fed onto the electrical power grid. An advantage of VRFB is that its capacity is limited only by the size of the tanks used to store its electrolytes, which means that it can be made large enough to store as much electrical energy as required for a given renewable energy power plant. Vanadium is also easily able to handle the give and take of electrons that is crucial to a rechargeable battery, making it a very stable source element, allowing a VRFB to be discharged and recharged thousands of times, maintaining their near unchanging battery performance for long-discharge applications.

Batteries need to be able to perform efficiently in applications requiring high-energy or high-power storage solutions. High-energy is required for peak shifting and backup power on the grid, and high-power is required for frequency regulation. VRFBs are unique in that they have decoupled power and energy ratings. However, current VRFB configurations are not able to provide cost-competitive, short duration power performance required for the renewable energy-powered electricity grid. Our research currently focuses on improving the power rating of a VRFB, which means that the electrode’s electrochemical performance and efficiency must be improved.

In response to this need, scientists have been exploring the use of multi-walled carbon nanotubes (MWCNTs) deposited on a carbon substrate as the VRFB electrode, rather than the conventional materials. MWCNTs consist of multiple rolled layers of graphene, which itself is a thin layer of pure carbon in a repeating pattern of hexagons that offers unique mechanical, thermal and electrical properties. While that electrode configuration had demonstrated potentially good efficiency in lab testing, it was uncertain if the carbon substrate was the cause of this benefit or the MWCNT coating. Additionally, because the coating deposition is not exact – producing random layers of CNTs – replicating such an electrode and its findings would prove difficult. Unreproducible results of this kind are of limited benefit for commercial applications.

To answer the question of the source of improved efficiency in a VRFB with MWCNT enabled electrode, my team collaborated with a research group led by Dr. Rashid Abu Al-Rub to replace the less predictable MWCNT-coated carbon substrate with a similar material that is more exact – buckypaper. Dr. Rashid’s group prepared the buckypapers and our group tested them in the battery. Buckypaper, which is named after the hollow carbon molecule buckminsterfullerene, is a thin sheet composed of an aggregate of carbon nanotubes, and as such, does not require deposition of a MWCNT layer. Instead, it offers a more predictable and structured electrode.

Our research resulted in two beneficial findings, which were recently published in the scientific journal Electrochimica Acta. On the scientific side, we answered the question of whether MWCNTs are electrochemically active towards vanadium redox. Our experiments showed that, yes, the vanadium was active on the buckypaper on both sides of the battery, meaning it is a useful material as an electrode. On the commercial side, our research showed that buckypaper is even more suitable as an electrode for VRFB. In fact, the buckypaper electrode demonstrates the same performance as the state-of-the-art electrodes reported in the literature, without the further expensive functionalization like thermal treatment, that the others require. This makes buckypaper potentially easier to commercially integrate.

With this research, we take another step closer to developing the energy storage systems and technologies that can help make a fully solar energy-powered grid in the Middle East that is able to provide variable renewable energy on demand.