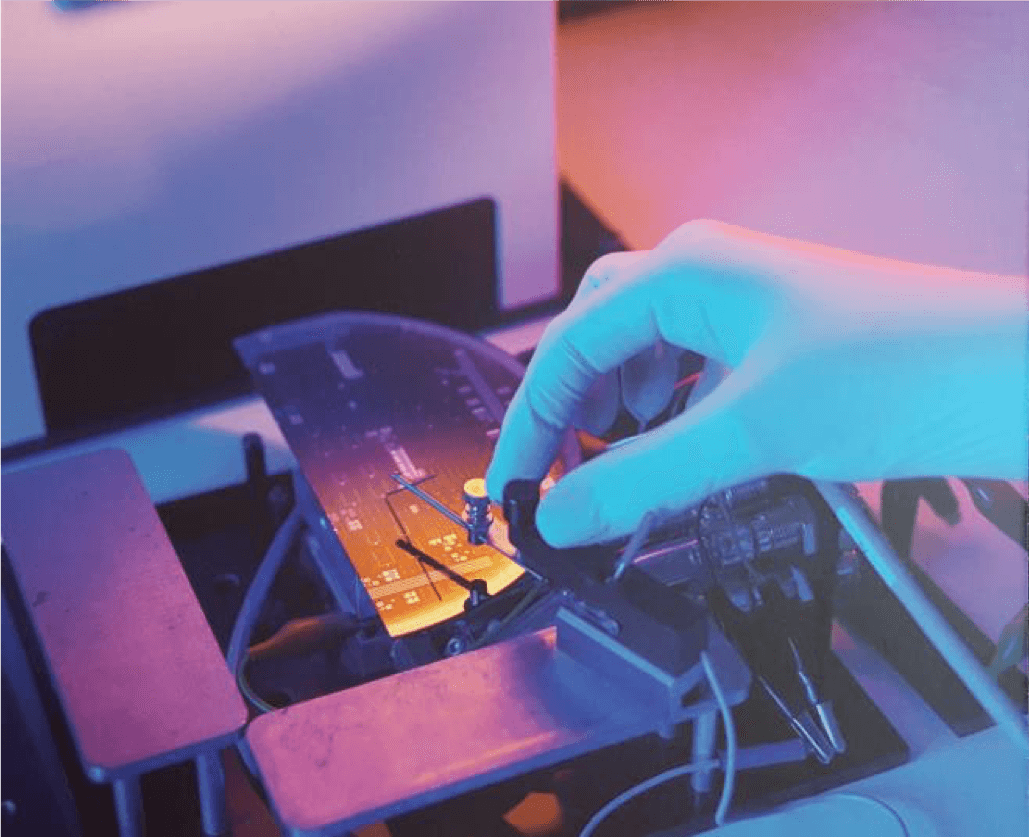 While harnessing the power of the sun is nothing new – Alexandre Edmond Becquerel discovered the photovoltaic effect in 1839 whereby electricity is generated from sunlight – finding increasingly better ways to convert an ever larger share of sunlight into electricity has become arguably one of the most important research challenges of our time.

When first discovered, photovoltaic power was very inefficient. Even when the first commercial solar photovoltaic panel was unveiled in 1954, it converted just 6 percent of the energy from sunlight to electricity. The first solar panels used selenium, but researchers in the 1950s realized that semiconducting materials like silicon were more efficient. The only problem? Silicon solar cells were expensive to produce—and the 6 percent efficiency rate was achieved with a silicon solar cell.

We have made significant progress over the past 50 years. Today, the most efficient solar panel on the market has an efficiency rating of 22.2 percent. But as solar power becomes responsible for delivering a large and exponentially growing fraction of the world’s energy needs, improving efficiency even further is critical.

Solar power presents a problem of two halves: getting high-efficiency cells but at a low cost. Khalifa University, through its flagship research institute Masdar Institute, has long been at the forefront of research into solar technology and its projects have been solving this problem.

As Associate Professor of Electrical Engineering and Computer Science at Khalifa University, I lead on a number of projects aimed at advancing new materials and devices to improve solar cell efficiencies.

One such project was the result of a collaboration between Khalifa University and the Massachusetts Institute of Technology (MIT). We developed an innovative multi-junction solar cell that leverages a unique ‘step-cell’ design approach and low-cost silicon using gallium arsenide phosphide-based materials. The new step-cell combines two different layers of sunlight-absorbing material to harvest a broader range of the sun’s energy and benefits from a novel, low-cost manufacturing process.

Former Khalifa University PhD Student and now professor at University of Dubai, Dr. Sabina Abdul Hadi, provided the foundational research for this step-cell as part of her doctoral thesis. She realized that when the top gallium arsenide phosphide layer completely covered the bottom silicon layer, the lower energy photos were absorbed by the silicon germanium—the substrate on which the gallium arsenide phosphide is grown—thus limiting solar cell efficiency. By etching away the top layer and exposing some of the silicon layer, she was able to increase the efficiency and add a new degree of freedom in the design.

The step cell design allows for cheaper fabrication and, while there is still a lot of research and development that needs to be undertaken prior to commercialization, innovations like this are an exciting part of a rapidly growing research area and industry.

In traditional silicon-based PV cells, only some of the sun’s wavelengths from the visible light spectrum are absorbed and converted into electricity. Much of the research being done by me and my research group is focused on exploring how to use advanced materials to access the full spectrum of solar energy.

In another project with Dr. Nazek El Etab, PhD graduate from KU and current Postdoc at KAUST in Saudi Arabia, we used atomic layer deposition (ALD) – an advanced method of coating a material by depositing it in thin films, one atomic layer at a time – to grow zirconium dioxide and zinc oxide nanomaterials. We layered the nanomaterials on a solar cell to enhance efficiency.

With former Khalifa University PhD student Dr. Aaesha Alnuaimi, currently Head of Solar Research at Dubai Electricity and Water Authority (DEWA), we fabricated graphene-silicon solar cells by introducing a thin layer of a high dielectric constant material, which is an insulator that becomes polarized when an electric field is applied, also using the ALD method. The efficiency of the graphene-silicon solar cells quadrupled with the interlayer relative to the same cells without the interlayer.

Developing new methods to make high-efficient solar cells affordable is a major focus of my research. I worked with Dr. Ghada Dushaq, PhD graduate from KU and current Postdoc at New York University Abu Dhabi, to develop a low temperature germanium growth method for gallium arsenide using plasma-enhanced chemical vapor deposition (PECVD). Germanium provides a crystal lattice compatible with that of gallium arsenide and so the germanium layer can be used as the bottom cell in a multi junction solar cell, or as a virtual substrate on which to grow gallium arsenide. Gallium arsenide is a semiconductor material that allows more efficient photon absorption and high output power density than most materials. In a current collaboration with Stanford University, we recently demonstrated an important breakthrough in the growth of gallium arsenide directly on a low-temperature germanium layer.

All this advanced material based solar research work leverages the outstanding clean room and testing facility we have in the UAE at the Khalifa University Masdar Institute campus.

As the team from Khalifa University works towards developing new materials and devices for high-efficiency solar panels to global energy production, it is inspiring and encouraging to know that research like this in the UAE can lead to an avalanche of improvements down the line, creating potential for a technological leap in the industry, at a time when the world is looking to renewable energy to power an increasingly energy-hungry planet.

Dr. Ammar Nayfeh is Associate Professor of Electrical Engineering and Computer Science at Khalifa University of Science and Technology

KU Professor Among Top 1% of Cited Researchers in Engineering Worldwide