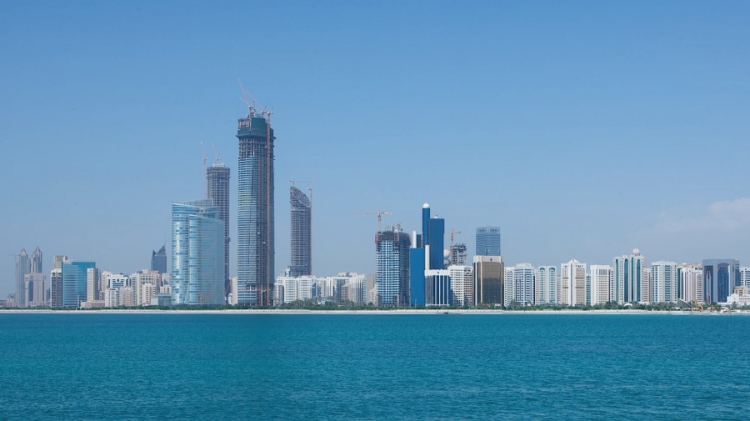 The UAE has set itself on a clear course of economic diversification, shifting away from a heavy reliance on fossil fuel production to an economy based on knowledge-intensive manufacturing and services; aspiring to achieve the oft cited goal of creating a “knowledge-based economy”.

As a university professor, I spend much of my time worrying about the development of my students and not entire economies, but in the case of a knowledge-based transition, there may be a fitting analogy; especially with that particular breed of student intent on discovering new knowledge – the graduate student.

When a new student enters university, fresh with enthusiasm to solve the world’s problems, they often pass through four common stages of intellectual development: absorption, reproduction, adaptation and, eventually, discovery.

The first stage is absorption. Students must first master the ability to absorb knowledge – namely facts, figures and procedures. The next stage is to learn how to reproduce and replicate all those facts, figures and procedures, at least in time for an exam. These abilities can take students far in their first years of university, but they are not sufficient for excelling at research.

The third stage is the ability to adapt knowledge to a new situation or context. Think of those “extra credit” problems on an exam that left you scratching your head and wearing down your eraser. The trick is often that a bit of information was left out, or something not needed was added in. Students who learn the ability to fill in missing gaps and isolate the important aspects of a problem are well on their way to conducting good research.

But there is still one hurdle left, and that is the stage of discovery – the process of creating something new. This skill is harder to teach and typically can only be gained through experience.

To help a student excel in that final stage, they need a few more helpful qualities. The first is a solid grounding in the fundamentals of their discipline. For technology focused research, advanced math, science and engineering courses are a must. These are the “hard” skills, for which there are no shortcuts.

Then there are the less obvious “soft” skills. First, one needs courage to ask the hard questions. Courage is not the same as confidence. Confidently claiming you will discover a new vaccine for tuberculosis is hubris, whereas dedicating your career to this task is courageous. Second, one needs to be creative – not simply “think out of the box” creative, but a type of creativity supported by an openness to experimentation, a tolerance for failure and a persistence to keep trying.

Finally, one needs to recognise the limitations of one’s skills and find collaborators to leverage a broader set of expertise.

Those key qualities again are: skills, courage, creativity and collaboration.

Could this path of intellectual development provide any models for a nation like the UAE that is seeking to transform into a knowledge-based economy?

The stages of absorbing, reproducing, adapting and discovering could be interpreted at a national level. An economy reliant on importing its knowledge through people, technologies and services would be stuck in the stage of absorption, even if it were considered as a knowledge-based economy.

Moving to the next stage, there would be an ability to replicate business models, manufacturing processes and other institutional models, but without the ability to adapt, there is a risk.

Some ideas and models may not fit the local geographic, cultural and economic context.

In some of our work at Masdar Institute, for example, we found that techniques used to estimate the solar resource in Europe that were applied in the UAE gave erroneous results as they failed to consider the light-scattering impact of fine dust particles suspended in the environment. Modifying and improving upon imported knowledge is achieved in the adaptation stage.

To reach the final stage, where knowledge discovery becomes a defining characteristic of the nation, the same enabling elements for a student embarking on a research career are equally relevant for a nation.

The skill base of the nation must be strong, which requires sustained support for the continuous improvement of the education system. From preschool to postgraduate studies, students must have the chance to challenge themselves and receive in-depth instruction.

Courage is also needed. Courage to commit resources and support at a national level for advanced research.

Creativity can be best cultivated when visions are ambitious and long-term, leaving time and space for experimentation.

Finally, the nation’s efforts are strengthened by continuing to support collaboration with regional and global partners, bringing the best minds together in an environment where the creation of new knowledge truly becomes a guiding principle.

As we welcome the new year, I hope the UAE will keep spearheading efforts to transform itself into a knowledge-based economy and a nation focused on knowledge discovery.

With the coordinated efforts and support of the government, industry and academia, it is definitely achievable.