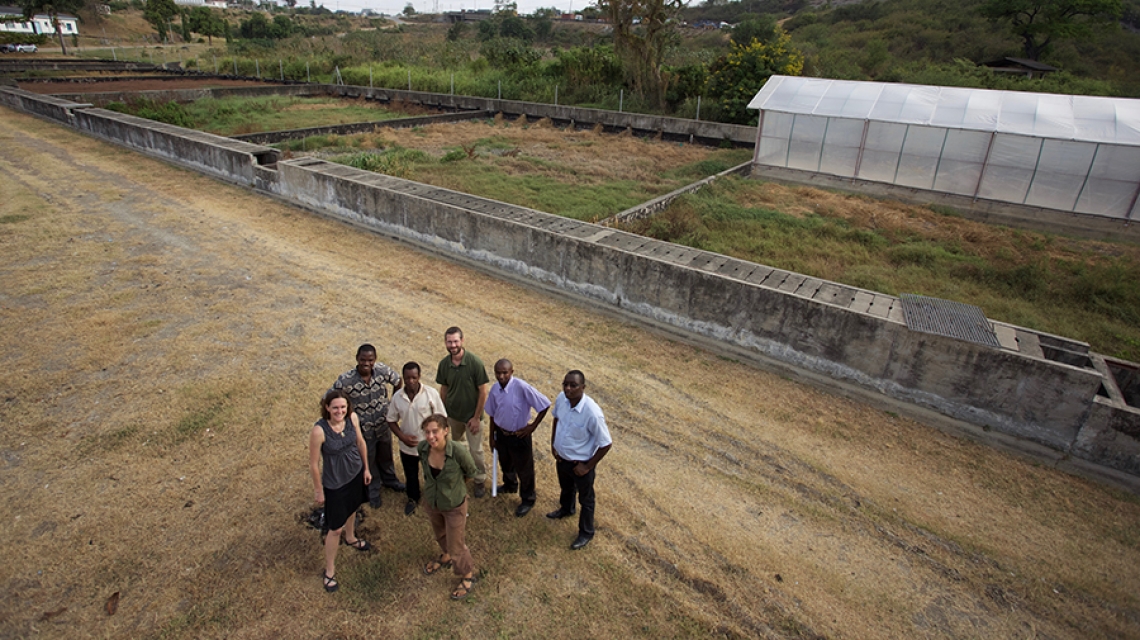 The impact of inadequate access to basic sanitation facilities on the world’s poor — which contributes to an estimated 2.4 million deaths from water-related illnesses per year — has inspired one Masdar Institute alumna to dedicate her skills to improving the interconnected issues of sanitation, energy and health in Africa.

Laura Stupin — a Masdar Institute Class of 2011 MSc in Engineering Systems and Management graduate — is a Senior Process Engineer at an innovative organization called Pivot, which works to deliver city-scale sanitation solutions to low income communities while providing access to renewable energy.

Stupin credits Masdar Institute as being the influence that made her think about waste-to-energy in low income countries.

She explained that: “During my master’s thesis at Masdar Institute, I found that waste energy is often overlooked despite the large potential it has in low-income countries. My thesis focused on using agricultural waste for electricity and cooking in villages. This initial introduction to biomass waste energy eventually led me to my current job at Pivot.”

Pivot has developed an ‘integrated fecal sludge management system’ that has an eye to the long-term sustainability of their system by establishing a broad value chain that turns collected sewage into a renewable biofuel material that can replace coal.

Their system works by converting human waste into a solid fuel. This fuel is then sold to industry for use in cement and brick factories to burn in their furnaces and the revenues generated by these sales are used to pay for the operational cost of sanitizing and processing the waste, making the cycle commercially viable.

By collecting human waste for commercial processing, Pivot has contributed to reduced contamination of groundwater supplies, which has had a knock-on effect on the health of citizens, reducing the numbers of those affected by tropical diseases and chronic malnutrition. Additionally, use of the solid fuel produced by Pivot in place of coal contributes to climate change mitigation; Pivot estimates that the average size Pivot factory reduces carbon emissions from coal by 23,000 tons each year.

Stupin said, “My role at the company has evolved over a variety of projects including repurposing a commercial pineapple juice press for experimental sewage dewatering, designing factory processes, developing IT systems for tracking and analyzing factory data, assembling and running a calorimeter for fuel density measurements, running experiments to reduce production costs, training local staff members, and installing industrial equipment out in the bush in Kenya.”

In addition to this, Stupin has recognized that her knowledge of organizational structure and technology in the market was expanded during her time at the Institute and has benefited her throughout her professional career.

“The Managing Technology and Innovation course at Masdar Institute helped me analyze the effect of new technologies on different markets at different stages of their development. The course also opened my eyes to how the structure of an organization can be crafted to foster creativity and enable flexibility to meet changing market conditions. The lessons learned as part of this course have proved extremely beneficial throughout my professional career.”

Stupin advises new graduates interested in working in energy in low-income countries to gain some experience with larger corporations before working for small and medium enterprises.

She commented: “Spending one year working as part of a multi-national or larger corporation focused on similar projects may help some graduates gain broader experience they can draw upon while working in a smaller organization. It is also beneficial for building connections and a network of people who may be able to provide assistance with certain projects.”

“A large majority of the projects in low-income countries are smaller and very early stage, which is exciting, but having some experience with larger players in the industry first may be an advantage to you in the long-term,” she added.

Stupin is just one of over 570 Masdar Institute alumni who are making a valuable contribution sustainability across the world through their professional and academic efforts.

Clean Energy on the Region's Agenda