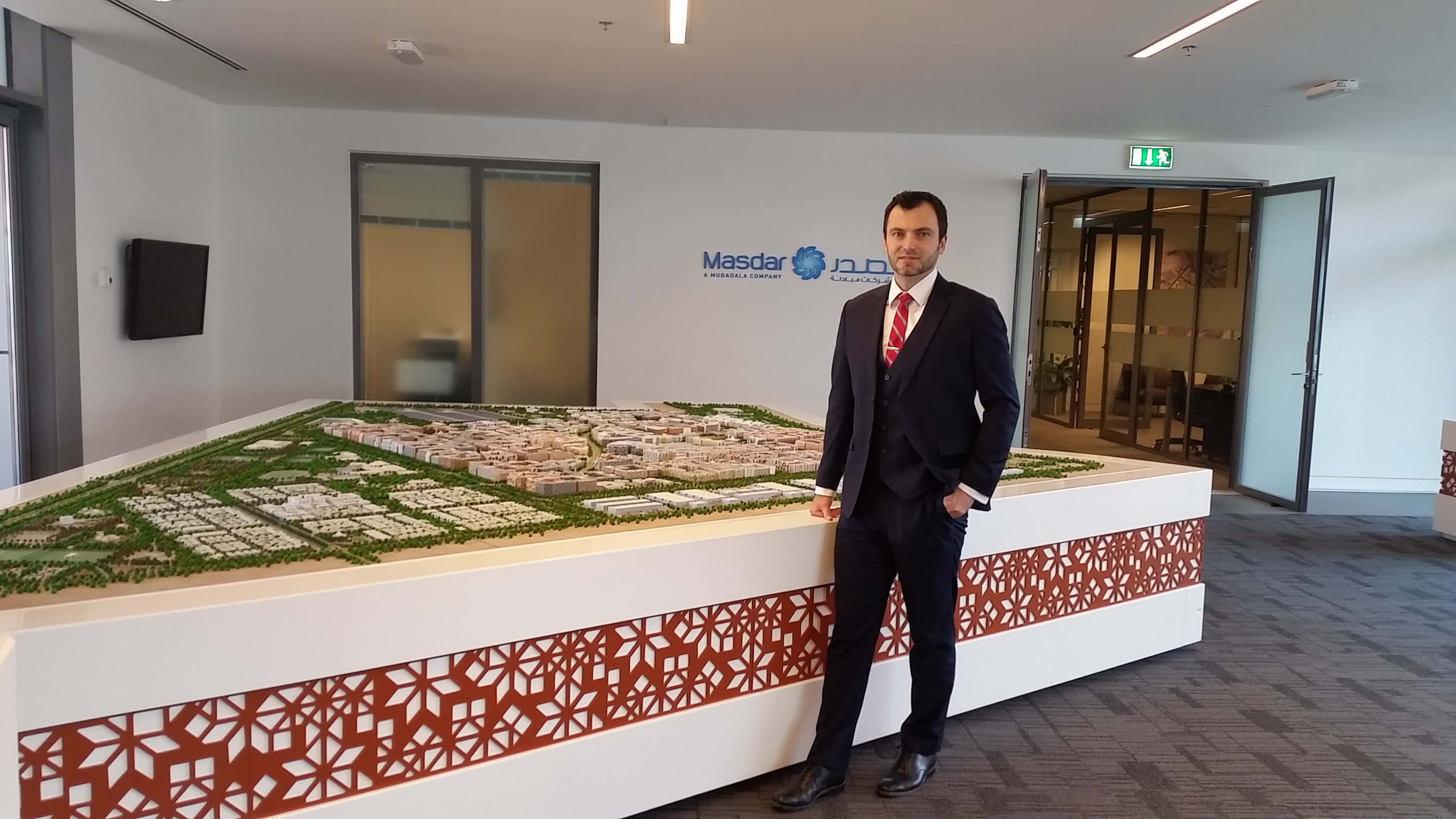 “In essence, rather than just being a part of green industry, I am helping to create it,” Sitler said. The Class of 2011 MSc in Engineering Systems and Management alumnus works as a  business development manager within the Clean Energy group at Masdar (Abu Dhabi Future Energy Company), where he helps secure the development of large-scale clean energy projects that will benefit the environment.

Sitler was raised with a deep appreciation for the natural world, spending family vacations cleaning up nature resorts to leave each place better-off for those to follow. So focusing on sustainability during his graduate studies at Masdar Institute, and staying on in the UAE to work in clean energy, seemed a natural progression for him.

He has carried forward his belief in conservation in his professional work, where he strives to leave the entire world in a better condition for the next generation.

Sitler had joined Masdar Institute with the express goal of pursuing a career in green investments. He believed turning to the newly opened Masdar Institute – the world’s first entirely sustainability-focused graduate-level university – to make that career a reality was a logical choice.

“I wanted to complement my strong background in finance and hedge-fund trading with a specialized degree in clean energy technologies, in order to develop a career in green investments, which would allow me to support the development of companies dedicated to sustainable technologies and clean energy,” he explained.

Sitler joined Masdar Institute as a Research Assistant in 2008, where he became a member of a small group of roughly 25 individuals who become the inaugural class when the school officially opened in 2009.

“During this time, I worked on carbon trading policy research, which I continued into my Master’s degree in the Engineering Systems and Management Program,” he recalled. Sitler believed that carbon trading would allow him to leverage his finance experience within the context of the green economy.

In 2010, Masdar Institute helped secure Sitler a 10-week posting as a Summer Associate at Masdar Capital. Upon completion of his Master’s degree in 2011, he was hired full-time at Masdar Capital. For over three years, Sitler assisted the investment company – which managed over USD 500 million in capital through two funds dedicated to investment in innovative clean technology companies – in selecting and managing their green venture capital investments.

“Although my work covered a wide-spectrum of technologies, I primarily focused on green chemicals, storage, and waste-to-energy,” Sitler added.

Now, he continues to support Masdar and green investments in his current position within Masdar’s Clean Energy team, and is proud of his long tenure with the Masdar family.

“I’ve spent nearly 8 years at Masdar, covering the full range of clean technology innovation and commercialization – from graduate-level research, to growth-stage venture capital investment, to utility-scale deployment. I have the distinct pleasure of having the longest tenure at Masdar amongst MI alumni,” he shared. Sitler credits Masdar Institute for providing him with the foundation in clean technology that he needed to kick-start his career in green investment.

Going forward, the successful and self-described “intensely curious” Sitler aspires to start a clean technology/energy company of his own in the future, to continue his work of making this world cleaner and greener for the next-generation.