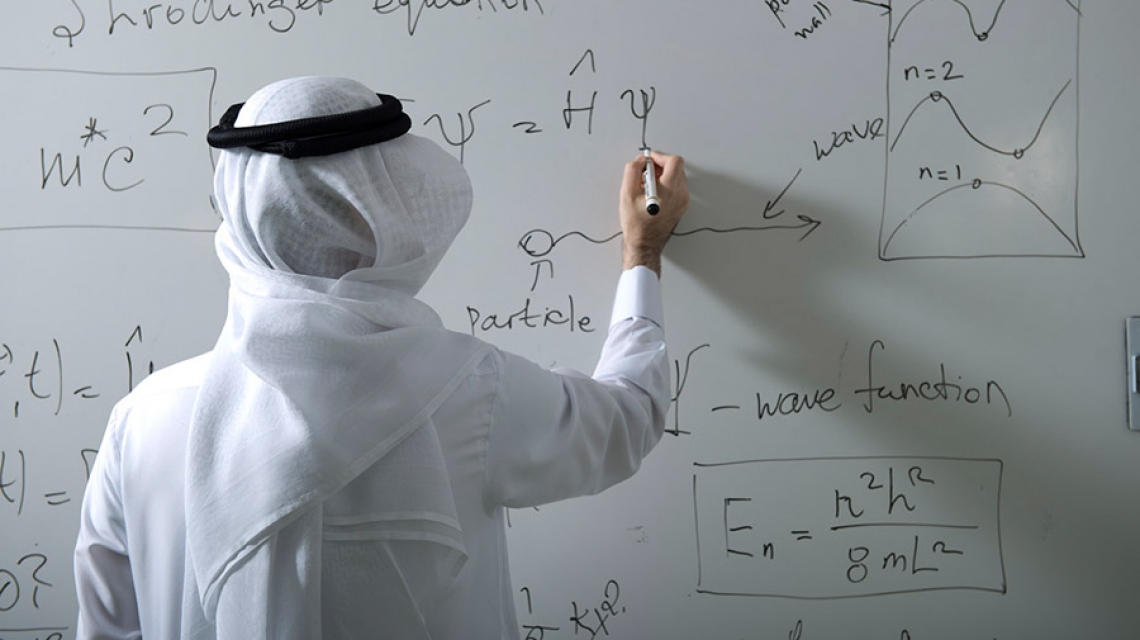 Dr. Khonji, who graduated from Masdar Institute’s interdisciplinary engineering Doctorate program in May, designed the algorithm for optimized power generation as part of his dissertation with support from his advisor, Dr. Sid Chi-Kin Chau, Assistant Professor of Electrical Engineering and Computer Science. Such optimized power supply would help alleviate the peak-day stress placed on electrical grids, contributing to a more resilient and sustainable national power grid. A paper he coauthored with Dr. Chau, Associate Professor of Electrical Engineering and Computer Science Dr. Khaled Elbassioni and PhD student Areg Karapetyan on the algorithm, titled “Complex-demand Scheduling Problem with Application in Smart Grid,” was published in the COCOON’16 conference proceeding.

“The concept that power needs to be supplied equally to all users, at all times of the day, is no longer considered efficient,” Dr. Khonji explained. “This algorithm helps grid operators schedule loads to match the supply profile, which is variable due to intermittent energy sources, like wind and solar power, being fed onto the grid. Traditionally, power engineers change supply to match demand profile, which is why we get peak demand issues.”

Dr. Khonji’s advanced algorithm may bring power engineers one step closer to developing next-generation smart grids that are capable of parsing out electricity to meet individual demand, as opposed to constantly supplying a steady stream of electricity at all times to all users equally, whether that amount of electricity is required or not. This conventional, steady-production system generates excessive amounts of electricity in order to meet the incredibly high peak-day power levels, even during off-peak times. This constant production of large amounts of power is wasteful, which in turns contributes to higher levels of greenhouse gas emissions.

In addition to optimizing power supply, Dr. Khonji’s algorithm is perfectly adapted to deal with the varying electric supply associated with intermittent renewables, which are expected to play an integral role in future smart grids. These grids will include more power generated by intermittent renewable energy sources, such as wind and solar energy, from decentralized locations.  While the addition of these renewable sources will help decrease greenhouse gas emissions, they will also make power supply substantially more complex and variable.

“The problem is considered virtually impossible to find an exact algorithm to solve it. However, I have developed some novel techniques that enable my algorithm to come to a near-optimal solution,” Dr. Khonji shared.

The ultimate objective of the algorithm is to maximize utility. In the context of this power supply challenge, utility can be understood as the ability to maximize the number of demands that the grid operator can fit within a given power supply range.
Essentially, equipped with Dr. Khonji’s algorithm, the grid operator would be able to automatically allocate power in the best way to satisfy the

highest number of consumer demands. The advanced algorithm would be integrated with smart meters, and would help communicate and regulate the power demand and supply between individual homes and the grid operator.

Dr. Khonji’s presentation attracted conference visitors and computer scientist experts, who were impressed with the novelty and potential application of his algorithm. He is now working on an extension of his algorithm, which aims to make the algorithm more flexible so that consumers can change their demand preferences “on the fly”, or on the same day, rather than the day before.

The UAE National’s cutting-edge algorithm underpins Masdar Institute’s robust computer science and engineering program and its ability to produce highly-skilled personnel who will help transform the UAE into a knowledge-based economy.