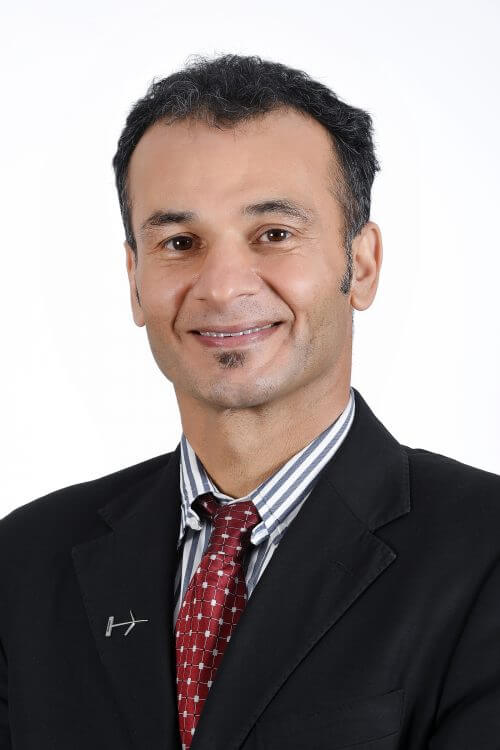 In 2001, Dr. Janajreh moved to Michelin, France as the principal investigator to the $3,000,000 European Project “Tire Hydroplaning: Modeling and Analysis”. After the project’s completion, in 2004 he returned to Washington DC to work on fundamental research and academia with NIST in the Building and Fire Lab as a contractor and as an adjunct ME professor at JHU, UMD, UMBC and at the Crash Analysis Center at GWU. He relocated to join Parametric Solutions Inc. in Florida as Fluid-Solid Interaction Analyst heading challenging US governments sponsored projects including: After burner combustor with GE and Pratt; Toroid Combustor Analysis with Dyna Energy; first turbine stage flow and structure analysis with Belak; and Engine Bay thermal flow analysis with ATG aircraft. He also continued his academic affiliation by teaching at FAU in the Ocean and ME engineering Departments.

Dr. Janajreh joined Khalifa University in 2007 continuing his research while also teaching Advanced Renewable Energy Conversion System, Fundamentals of Combustion, Advanced Fluid Dynamics, and Computational Fluid Dynamics. He has authored over 15 referenced publications on fluid dynamics and structure interaction, made more than 35 contributions to international conferences and is a key contributor to three Michelin patents (Catamran, Primacy, X-one) and three books (traction, rolling resistance, noise). He is a regular reviewer for several international journals, and has been a member of ASME, TS&T, Rubber Division, ASCE, and advisor to other international scientific committees and conferences.

Advisor/Co-advisor to the following students: