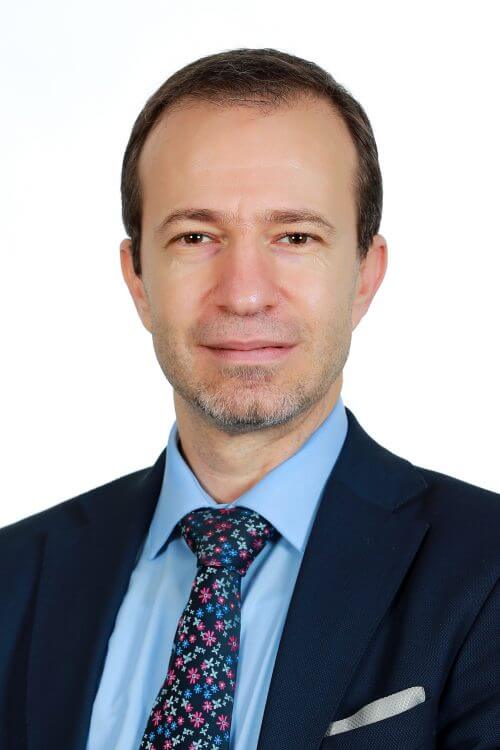 Dr. Abdallah S. Berrouk was awarded a Ph.D. degree from The University of Manchester (UK) in the area of Computational Fluid Dynamics (CFD) and turbulence modelling. Before joining the Petroleum Institute in Abu Dhabi (PI) in October 2008, he worked as Senior Research/Teaching Associate at City University of Hong Kong. He has twelve years of university lecturing experience. He taught different courses in different departments both at the undergraduate and graduate levels.

He is a recipient of many awards including the ADNOC R&D Bright Finding & Integration Research Pen Award for outstanding deliverables researchers (2013), ADNOC R&D General Management Committee Award for outstanding technical support (2013 and 2014), ADNOC R&D Book of Wisdom Award– Completed research Project Members (2014), and ADNOC R&D Science Lantern Faculty Award – Faculties who worked or supported ADNOC R&D Projects (2014). He was member of the technical Committee of GASCO/ADGAS (local gas companies) Gas-Sub-Committee (2011-2015). He was member of ADNOC Task Force on Evaluating Rotatory Packed Bed Technology (2015). He has been member of ADIPEC Technical Committee for the “Gas Processing Technology” and “Talent & People” themes since 2012. He has been a committee member of the New Frontiers in Research Fund (NFRF) Multidisciplinary Review Panel for Natural Sciences and Engineering Research Council of Canada (NSERC) since 2015. He is a reviewer for different scientific journals and editorial board member for the American Journal of Fluid Dynamics