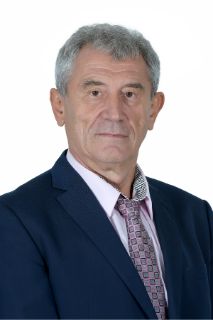 Dr. Nenad Mladenovic, a member of the European academy of sciences (Academia Europea), is currently at Khalifa University, Abu Dhabi, UAE. He leads or participates in several international research projects in Kazakhstan, Serbia, China, and Russia. He has taught in several countries, including France, the United Kingdom, Canada, Belgium, Serbia, and the UAE. He had visiting professor positions in more than a dozen universities around the globe.

Dr. Mladenovic has been a keynote speaker at several international conferences in Russia, Brazil, Canada, France, Spain, Portugal, Greece, Kazakhstan, Hong Kong, China, etc. He is the editor-in-chief of one journal and serves as an editorial member of a dozen international journals. He was editor of several special issues as well. He has published more than 350 research papers and book chapters in leading OR journals, such as Management Science, Operations Research, SIAM J on Scientific Computing, Pattern Recognition, Information Sciences, Mathematical Programming, European J of Operations Research, Computers and Operations Research, OR Letters, INFORMS J on Computing, Discrete Applied Mathematics, etc.

Dr. Mladenovic is a highly cited researcher. He has more than 20,000 citations according to Google scholar. His paper with P. Hansen was selected among the 30 most influential published in EJOR in the 30-year history of EJOR and ranked as 8th most cited in 40 years of EJOR. Another of his paper, published in Computers and Operations Research, is cited around 3,700 and around 2,100 times according to Google Scholar and Web of Knowledge, respectively. His current (H, G) – research indices are (28, 67) (Web of Knowledge) and (50, 121) (Google Scholar). He is a member of the European Academy of Sciences (Academia Europea), Academy of Nonlinear Sciences, Serbian Scientific Society, acts as a President of National (Serbian) Society of Industrial and Applied Mathematics, under his supervision more than dozen doctoral students completed their PhDs.