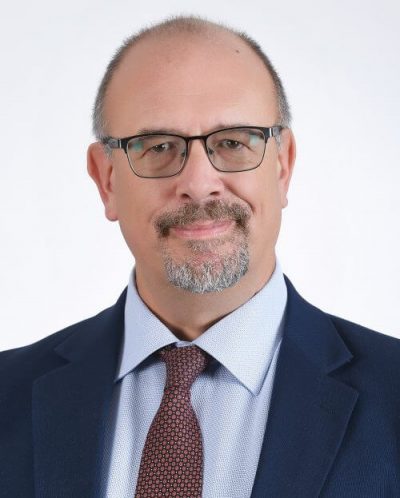 Dr. Damiani is the Chair of the Information Security Program and a Research Professor in EBTIC. He is on extended leave from the Department of Computer Science, Università degli Studi di Milano, Italy, where he leads the SESAR research lab. He is also the President of the Italian Consortium of Computer Science Universities (CINI). Ernesto’s research interests include secure service-oriented architectures, privacy-preserving Big Data analytics and Cyber-Physical Systems security.

Dr. Damiani holds and has held visiting positions at a number of international institutions, including George Mason University in Virginia, US; Tokyo Denki University, Japan; LaTrobe University in Melbourne, Australia; and the Institut National des Sciences Appliquées (INSA) at Lyon, France. He is a Fellow of the Japanese Society for the Progress of Science.

He has been Principal Investigator in a number of large-scale research projects funded by the European Commission in the context of the Seventh Framework Program and Horizon 2020, the Italian Ministry of Research, and by private companies such as British Telecom, Cisco Systems, SAP, Telecom Italia, Siemens Networks (now Nokia Siemens) and many others.

Dr. Damiani serves in the editorial board of several international journals; among others, he is the EIC of the International Journal on Big Data and of the International Journal of Knowledge and Learning. He is Associate Editor of IEEE Transactions on Service Computing and of the IEEE Transactions on Fuzzy Systems. He is also a senior member of the IEEE and served as Vice-Chair of the IEEE Technical Committee on Industrial Informatics. In 2008, Ernesto was nominated IEEE Senior Member and ACM Distinguished Scientist and received the Chester Sall Award from the IEEE Industrial Electronics Society. Ernesto Damiani’s work has more than 16,100 citations on Google Scholar and more than 6,300 citations on Scopus, with an h-index of 34. With 494 publications listed on DBLP, he is considered among the most prolific European computer scientists.