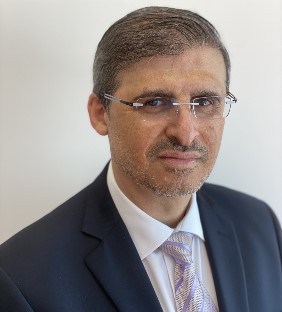 Dr Al-Dweik is a Visiting Research Fellow at Newcastle University in the UK since 2006. He is also a Research Professor and member of the School of Graduate Studies at Western University and University of Guelph, ON, Canada.

Dr. Al-Dweik has extensive editorial experience where he served as an Associate Editor at the IEEE Transactions on vehicular Technology, 2013-present. Moreover, he was an organizing committee and TPC member in several major conferences such as GLOBECOM, ICC, PIMRC and WCNC.

He also has extensive research experience in various areas of wireless communications and Intelligent Transportation Systems. He published more than 120 articles in highly prestigious international journals and conference proceedings, and raised over $2.2 million of research funds in the last six years.

Dr. Al-Dweik has an active entrepreneurship where he is the founder of two startup companies, and has eight patents with the USPO. He has also received several research awards such as the "Best Academic Research Award, Dubai Award for Sustainable Transportation, Feb. 2017", Fulbright scholarship, Hijjawi Award for Applied Sciences, and received the best paper award in several conferences. He is a Senior Member of the IEEE, and a Registered Professional Engineer in the Province of Ontario, Canada.