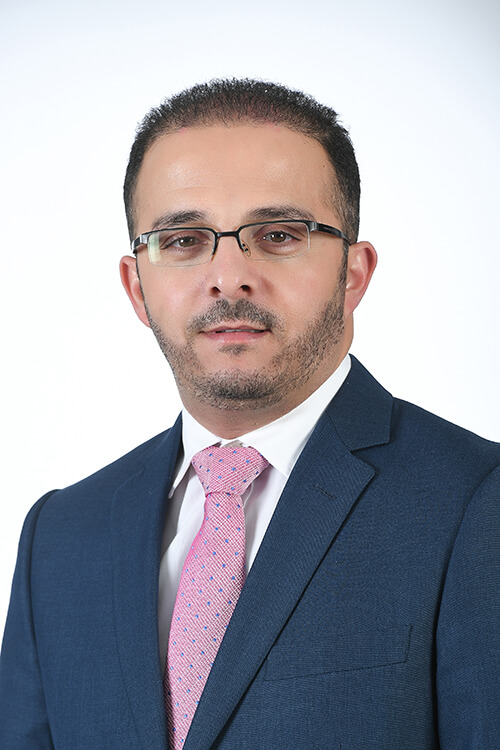 Dr. Mohammad Abu Zahra joined Khalifa University (Masdar Institute) in 2011 as an Assistant Professor in Chemical Engineering and he became Associate Professor in 2014 and Full Professor in 2021. Prior to joining, he worked for the International Energy Agency Greenhouse Gas R&D Programme (IEAGHG) as a project manager in the capture and integrated system team. He was responsible of initiating and managing various projects and technical studies with a major focus on CO2 capture.

Dr. Abu Zahra worked (2005-2009) for the Separation technology department in the Dutch research institute (TNO) in the Netherlands as a senior research engineer. His R&D activities were in the area of process development and gas treatment technologies, primarily in the development of the CO2 capture technologies using post- and pre-combustion capture. He was involved in the major Dutch and European CCS projects (e.g. CASTOR, CESAR, Dynamis, and CATO).

His current research focuses on the development of CO2 capture and utilization technologies including the development of advanced solvents, solid sorbents and novel processes. Dr. Abu Zahra is affiliated with the research and innovation center on CO2 and Hydrogen (RICH) and the leader of teh CO2 capture theme. He was leading major related projects such as the Siemens-Masdar Institute CCS collaboration, the Masdar-Masdar Institute-RTI project and the Masdar Institute-ENGSL CO2 utilization project.

Dr. Abu Zahra is an associate editor at the International Journal of Greenhouse Gas Control and the Asia regional editor for the Current Environmental Engineering journal and an editorial board member at the Journal of Clean Energy. His work is published in 7 book chapters, and more than 100 refereed journal publications, conference proceedings and keynote presentations. As a result of his work and scholar research he was awarded the Masdar institute best research award for the academic year 2014-2015.