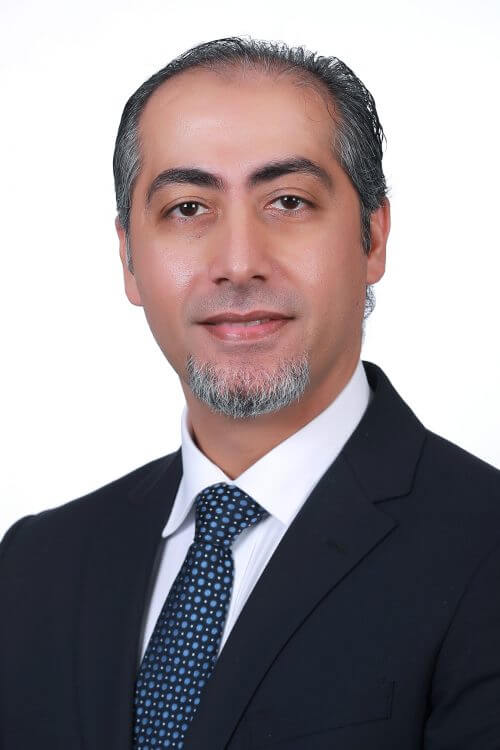 Professor Abu Al-Rub primary research field of interest is on the development of macro/micro/nano-mechanics-based constitutive models and computational tools that can be used effectively in guiding the design of advanced materials and structural systems. He is particularly active in employing digital design, additive manufacturing, and 3D printing for creating multifunctional architected materials and composites for various engineering applications and industries (e.g., Aerospace, Defense, Automotive). He is the Director of KU ADAM Center, which is the first Additive Manufacturing center in UAE, focusing on advancing the state-of-the-art in digital manufacturing and 3D printing. Professor Abu Al-Rub has published one book, 6 patents, and over 250 publications in archival journals, book chapters, and conference proceedings. He has published a book on Non-Local Damage and Plasticity. He has served as the principle/co-principal investigator of more than 30 projects sponsored by various state, federal, and international agencies; he is responsible for more than US$26Million. In 2007, he has been selected among nine leading scientists in the US by National Science Foundation and Department of Energy to design new grades of advanced high strength steels for the auto industry. He is one of the members of the US National Science Foundation supported “International Institute for Multifunctional Materials for Energy Conversion.”

Professor Abu Al-Rub is a member of the American Institute of Aeronautics and Astronautics (AIAA), American Society of Mechanical Engineers (ASME), American Society of Civil Engineers (ASCE), Society of Engineering Science (SES), U.S. Association for Computational Mechanics, ASCE Engineering Mechanics Institute, and the American Society for Engineering Education (ASEE). He has twice been recognized by The Texas A&M University System with its Student-Led Teaching Excellence Award, in 2009 and 2011. In 2010 he received the Truman R. Jones Excellence in Graduate Teaching Award and the Tenneco Oil Exploration & Production Award for Meritorious Teaching of Engineering Award from the Dwight Look College of Engineering at Texas A&M University. He is also the recipient of the 2005 Achievement Award for the outstanding teaching at Louisiana State University. In 2011, he received the Ferdinand P. Beer and E. Russell Johnston Jr. Outstanding New Mechanics Educator Award from the American Society for Engineering Education. He received ADNOC Oil & Gas Year's 2016 Partnership of The Year Award, and Faculty Research Excellence Certificate of Commendation from Khalifa University in 2018 and 2020. He has been recognized several times for his work on multi-scale computational mechanics. Professor Abu Al-Rub has been selected among the Scholar Google 100 Most Cited Authors in Engineering. He is on the editorial board of several journals in the area of multi-scale computational mechanics. He has been included in the prestigious 2019 Stanford University’s List of World’s Top 2% of Career-Long Scientists.