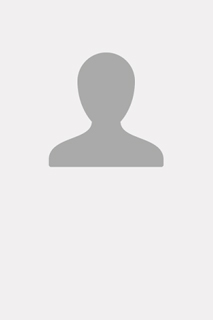 Ronald Jones holds a BA in Communication & Writing from the University of Western Sydney and received a graduate scholarship to earn his MA in Applied Linguistics from the University of New South Wales in Sydney, Australia. He also holds a Royal Society of Arts Certificate in Teaching English as a Foreign Language to Adults (CTEFLA) and is a registered practitioner of the Myers Briggs Type Indicator. Since beginning his career teaching Business English in Orleans, France in 1988, Ronald has taught General English at the British Council in Venezuela and Academic English for foundation programs at Curtin University, the University of Notre Dame and the University of Central Queensland in Australia as well as on the freshman and sophomore writing programs at The University of Hail, and King Fahd University of Petroleum and Minerals in Saudi Arabia. During his first spell at the Petroleum Institute in Abu Dhabi (2003-2005) he helped establish the freshman communications courses as well as the Strategies for Team-based Engineering Projects (STEPS) course for sophomore engineering students. On returning to Australia, Ronald supervised students on the Curtin University MA in Applied Linguistics program and served as an IELTS Speaking examiner for Central Institute of Technology in Perth. His second spell as a lecturer at the PI began in the ABP in 2014 when he was also assigned as academic advisor to at-risk students and registrar on the ABP male campus. Ronald has presented at conferences in Dubai and Kobe, Japan, has published in conference proceedings and for a short time worked as a local journalist on the New South Wales Central Coast in Australia where he also won a New Writer’s Award for his short story writing. He currently works as a sub-editor on the Asian ESP journal and is a member of the Library Acquisitions team.