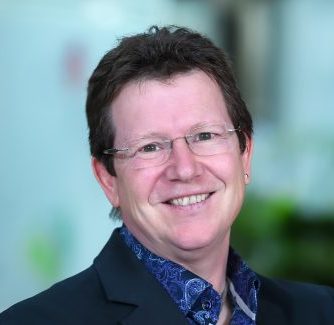 Dr. Simon J.D. Phoenix is an Associate Professor at Khalifa University, Abu Dhabi, UAE. He graduated from Imperial College, London, with a PhD in Theoretical Quantum Optics under the supervision of Professor Sir Peter Knight, FRS. He joined BT Research Laboratories in 1989 where his initial work focused on the application of the quantum theory of light to telecommunications. During this time he helped develop the quantum theory of light in fiber and applied it to the non-linear interactions in a Kerr medium. He was also able to show that squeezed states of light are the most correlated states of light possible for a field of given energy and was part of the team that demonstrated the world’s first quantum key distribution in optical fiber, In his work on QKD he developed several novel protocols including a technique for utilizing the Bell inequalities as security measures for single particle systems.

In 1995 he joined the Cryptography Research group in BT where he worked on novel key escrow and digital signature mechanisms and was BT’s cryptography liaison with GCHQ. After a spell as BT’s technical design authority for BT TrustWise, BT’s Certification Authority business where he designed CA solutions for some of BT’s largest customers, he rejoined BT’s research department in the Mobile Systems Research team. In 2005 he joined the Security Research Centre where he returned to an investigation of quantum cryptography. After developing several new techniques for the implementation of QKD on commercial networks he changed the focus of his work to investigate novel methods of ensuring the regulatory and security compliance of IT business processes. In 2010 he joined KU.