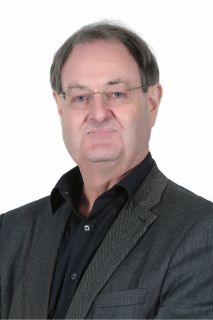 Dr. Robert Llewellyn Tyler was born in Newport, Wales. He received his BA from University College of Wales, Aberystwyth, his MA from the University of Pittsburgh, USA, and his PhD from the University of Melbourne, Australia. He has taught in Japan and Argentina, and at universities in Eastern Europe, China and the Middle East. For the academic year 2009-2010, he was the Fulbright Professor at Westminster College in Fulton Missouri, and was made a Fellow of the Royal Historical Society in 2011. He has been widely published and continues to research Welsh communities overseas.

Khalifa University, 2019
[a] The History and Politics of Middle East Oil

University of Wales, Newport, Wales 2006-2007
Centre for Community and Lifelong Learning
[a] Understanding Change in the Community
[b] Contemporary Wales.

University of Melbourne 1997-2000
[a] Migration and Australian Society

My teaching philosophy is a simple one. While the function of a lecturer is not to provide entertainment, it is vital that students are, and remain, fully engaged throughout the course. This means interesting and relevant course materials, presented through effective and engaging teaching methods. In my experience, this requires adaptability; the ability and willingness of the teacher to adapt methods and materials to effectively serve the needs of students. I consider myself an effective teacher and all my student evaluations have indicated this.

My main area of research interest has been migration from Europe and the subsequent emerging forms of identity in diasporic societies. More specifically, I have focused on the nature of immigrant groups as they existed in and interacted with the wider community in nineteenth and twentieth century USA, South America and Australia. I have addressed the nature of these groups with regard to their linguistic ethos, religious and cultural institutions and activities not usually associated with migrants. The ability of these communities to retain their cultural integrity, in whatever form, was closely linked to a variety of factors and my research has considered, settlement patterns, economic specialization and mobility, religious schisms, exogamy and the conscious desire of many immigrants to integrate as rapidly as possible. I have considered these factors in relation to the continuation, modification and decline of a discernible ethnolinguistic community and while my focus has been primarily on Welsh communities, my research has enabled comparisons to be made with other European migrant groups.