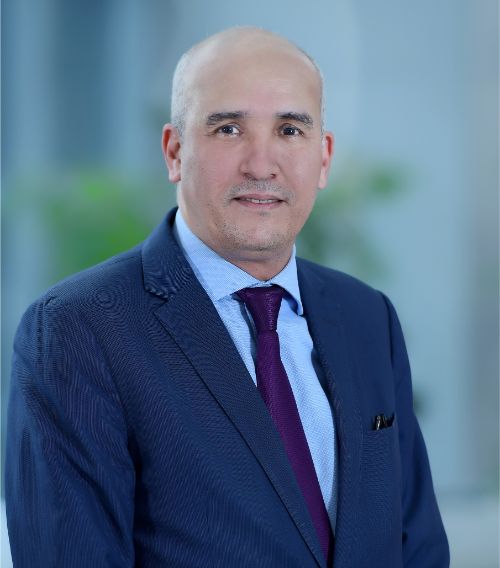 Dr. Mustapha Tajdin earned his PhD in Arabic Language and Qur’anic Studies from one of the oldest if not the oldest University in the Islamic world, which is Al-Karawiyyin University in Morocco in 2000, after successfully earning an MA and a BA from the same institution.

His academic career began in Malaysia from 1998, where he taught different courses ranging from linguistics to Islamic studies to Critical Creative Thinking. During this period, he was promoted from lecturer to assistant professor after the American University of Beirut (AUB) gave him a contract to work with its team in Oman as head of Arabic Studies Unit and later head of department of languages and Translation. Dr. Tajdin proposed a BA program with an integrated approach to translation studies. The proposal, along with a well devised four-year curricula, was approved by the AUB and the Ministry of Higher education in Oman. Later he was offered the job of Head of Arabic Civilization Chair at Effat University in Jeddah.

Two years later he left for Al-Hosn University in Abu Dhabi, where he was appointed acting dean, and later dean, for the Faculty of Arts and Sciences. He later moved to the Canadian University to teach Islamic Studies and Critical thinking. During this tenure, he completed a Master in Business and Administration, majoring in Management.

Dr. Tajdin is an expert in classical and modern Islam, Islamic movements and issues of pluralism and identity. He published a book on creative thinking gaining him an award of the best textbook from the International Islamic University Malaysia. He co-authored another book on Islamic Movements published by the renowned Dubai publishing center Al-Misbar. He gave lectures at the university of Vienna and attended many academic conferences.