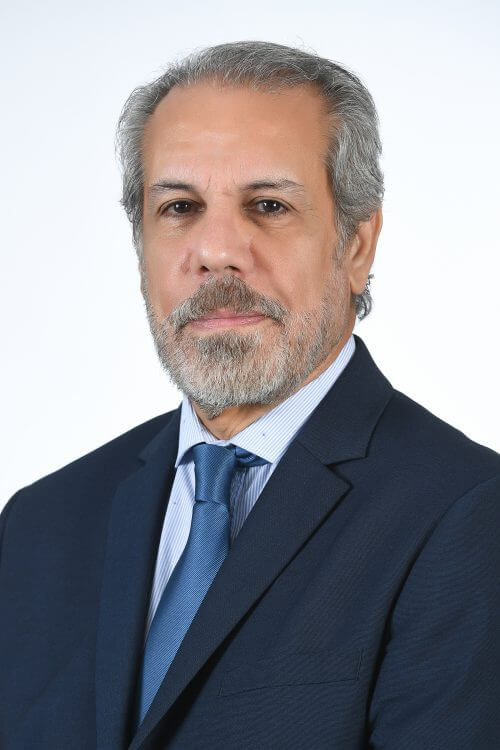 Dr. Hakim Ajhar obtained his Master’s degree in Islamic studies in 1995 and his PhD in 2000 from the Institute of Islamic Studies, McGill University, Montreal, Canada.

He has held positions many universities in the UAE, including Zayed University (ZU), Ajman University (AUST), American University in Dubai (AUD), and the American University of Sharjah (AUS), and has taught numerous courses in Humanities and Islamic Studies including Introduction to Islamic Studies, Survey of Islamic Civilization and the Arabic Language for Arab and Non-Arabs (ZU), Islamic Culture and Thought, Islamic Theology, History of Islamic Sciences (AUST), Comparative Middle Eastern Cultures and Religion, the History and Civilization of Islam (AUD), and Readings in Arabic Heritage I and II (AUS).

Dr. Ajhar has also held many positions and headed many committees during his career. He has supervised the Department of Islamic Studies and Arabic Language in more than one university, and was the head of the accreditation committee in Ajman University that led to its’ Department of Islamic Studies and Arabic Language to earn its accreditation from the Ministry of Higher Education and Scientific Research. Dr. Ajhar is a referee for many peer reviewed journals in both Arabic and English, and is a member of the review board for the Athens Journal of Mediterranean Studies.

The primary focus of his research is to dig in areas that were not studied deeply before and to shed light on those aspects that could potentially form a basis for resuming the Islamic thought in the modern time. The Islamic thought in modern times, tries to build bridges between Islamic culture and other nations’ cultures, particularly with western culture.

Dr. Ajhar’s current research is focused on modernizing Islamic thought by inciting and instigating the potential aspects of this thought to actualize a real modern Islamic thought. He has published numerous books and papers that have been well-received by readers and as a result he plans to continue his current research focus and publish future studies on the application of contemporary methods of hermeneutics on the Qur’an, and to uncover the Islamic worldview that could motivate Muslim intellectuals to create their own modernity.