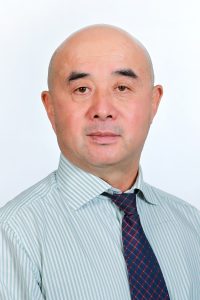 DR Tao has been a dedicated teacher and researcher in the field of borehole geophysics, petrophysics and formation evaluation for 30 years. He is currently a professor in the Dept. of petroleum at PI, Abu Dhabi, UAE. Before he join in PI, he had been a professor of geophysics and well logging at China University of Petroleum (CUPB) since January of 1997. He had been a visiting professor at the Dept. of geology and geophysics, university of Calgary during 2002 and a senior academic visitor at dept. of geophysics in Stanford University during May to October of 2004. Before the professor position at CUPB he had worked as a postdoctoral associate at MIT for two and a half years. He received his PhD in applied geophysics and petrophysics from Imperial College London in 1992.

DR Tao has been teaching undergraduate courses in borehole geophysics, petrophysics and formation evaluation for geosciences and petroleum engineering programs for more than 20 years. As an associate director of China National Petroleum Cooperation (CNPC) Key Laboratory of Well Logging Technology and the Laboratory of Fiber Optical Sensing Technology and a leader of projects, DR Tao has worked on many research projects of seismic, well logging and core measurements, data processing, modeling and interpretation for development of digital rock physics to investigate the properties of reservoir rocks and acoustic reflection logging for imaging geological structures near the well bore. He has published over 100 papers in scientific and technology journals, achieved 5 patents and 4 software registrations in China. He was awarded as China State Council Outstanding Contribution Expert; China Petroleum and Chemical Industry Federation Scientific Progress Award 1st class in2010; Geological Society of China 10 Best Scientific Advances Award in 2011; Society of Core Analysts Award for Outstanding Contribution in 2011&2012, China National Petroleum Corporation Scientific Progress 1st class in 2012, China National Science and Technology Progress Award 2nd prize in 2014. DR Tao has been an active Member of SEG, SPE, SCA, SPWLA and EAGE. Currently his research interests mainly focus on rock physics, borehole geophysics and their applications to petroleum engineering and geology.