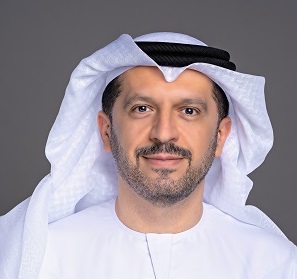 He has been at KU since its inception in 2007 where he was the founding interim president from 2007 to 2010. Prior to that he was the President of Etisalat University College that was merged with KU in 2007.

He is a member of the board for a number of organizations such as the Emirates Scientists Council, Sheik Shakhbout Medical City, ADNOC schools, Sanad Group, the Armed Forces Award for Excellence and Innovation council, Minister of Interiors Award for Scientific Research council, UAE Water Aid Foundation and the Chess and Mind Games Club in Abu Dhabi. He currently chairs the UAE graduate research conference (UAE_GRC), Khalifa Innovation Center (KIC) and the scientific committee at the UAE Thinkers initiative.

During his tenure at KU he has led the establishment of a number of initiatives such as the UAE first Research and Education Network (ANKABUT), the UAE first PhD program in Engineering (Buhooth), the first UAE Smart applications contest, the MBZ International Robotic Challenge (MBZIRC), the first UAE research center in Information and Communication Technology (EBTIC), UAE graduate research conference (UAE_GRC) and the Khalifa Innovation Center (KIC)

A cycling and skiing enthusiast, he is a golden member of UAE Skiers Club and a board member of Abu Dhabi Cycling Club.